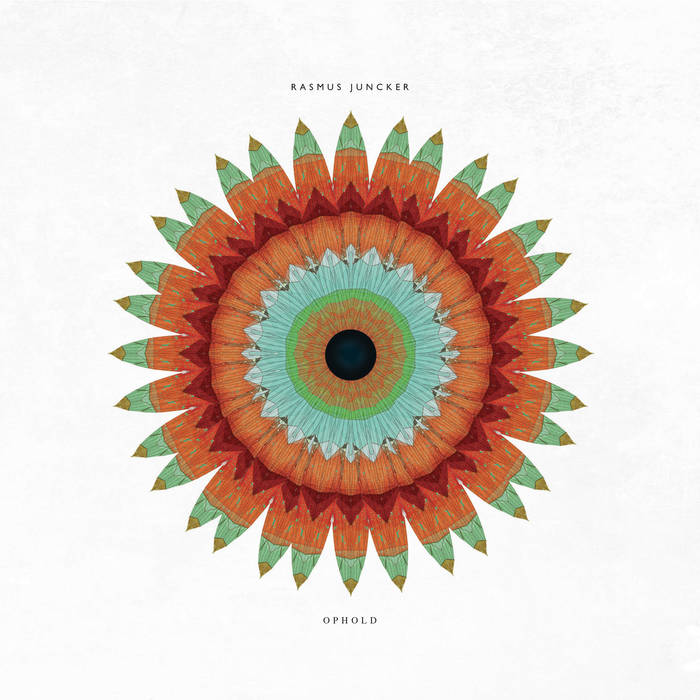 Juncker has a background in studying jazz drumming and has been playing improvised music within the jazz domain for many years. He also started to DJ at the age of 14 and was introduced to the world of electronic music production at the same time.

When Rasmus started to think about his debut album he spent several months trying to find his own way to combine his favourite musical influences, improvisation, electronics and classical music. “Almost a year later”, Juncker says, "I went to a sensory deprivation floating tank in Copenhagen while researching for another performance and while I was lying there, floating in the water, deprived from most of my senses, I got the idea to do something drastic in my musical process. Philosophers like Immanuel Kant describe this deprived state as a mental 'Cesura', which became some sort of guideline for the album."

So Juncker decided to start working on the album by leaving the process as well as the final result completely open. “I wanted to create sounds and music that I had no idea what they would sound like, but would feel like a mental 'Cesura', an ‘Ophold’ (in Danish)” he states.

He invited musicians, one after the other, to his studio. "I had an electronic musician to improvise patterns and new interesting sounds based on my experience in the deprivation tank. I chose some of the takes and some weeks later I invited a jazz guitarist to listen and improvise on top of what he heard. Then a classical string quartet and a double bass player came to my studio months later, and finally I recorded myself on percussion and drums.

Throughout the recording process I've been experimenting with special microphones in various setups, used noises from the recordings and the room became absolutely essential for the pieces." Juncker states.

"The material I used was all first take improvision which I arranged, layered and edited into compositions. The final pieces were mixed by Andreas Pallisgaard with the same improvised and experimental approach of the recording and the production. None of the musician met each other, but their sounds developed into something completely fantastic I think. The presence of the acoustic instruments and the depth and complexity of the synthesized layers gave some kind of an indescribable sounding music from another galaxy.
Track by track:

'Norddrum' starts proceedings - ethereal, grainy sounds merge and disassociate, as a distant rhythm gradually finds its way to the fore.

The second track, 'Sora' , clocking in at under 2 minutes, is an interlude full of strings, pads, and percussive hits, rich in feeling. This strong sense of sound design and seemingly disparate sounds woven together into a whole carries through into 'Eksotisk Tirsdag' - the strings, plucked instruments and electronics harking back to 4th world adventurers like Jon Hassel and Brian Eno.

'Cyklus' dives into drone textures, pulsing and modulating to create an unearthly soundtrack.

'Havekunst' is another 2 minutes interlude, this time bringing a fully charged rhythmic barrage to the front.

'Cesura', the final track is in essence the EP’s centerpiece - a sprawling 8 minute journey that traverses tense, fibrous sections and on into pulsing modular passages, before opening up into glorious moments of wonder and brightness. It’s a hugely bold yet fragile endeavour, in line with the whole release.

Bandcamp Daily  your guide to the world of Bandcamp